Toledo is today and has been for a very long time, a restaurant town. Surely one part of the reason for that is the life’s work of Grace Smith and the Smith family.

Toledo was a vibrant and bustling city in the the first half of the 20th century. The original Grace Smith’s Cafeteria opened in 1916 on Madison Avenue in Toledo next door to the Toledo Club and was the first commercial cafeteria in the city. In 1930 they moved to the Bell Building at the corner of Erie and Madison where the photos linked below were taken. The Toledo Blade reported that the cafeteria served 1,100 meals on their first day. At their peak it has been reported that they were serving 5,000 meals a day. 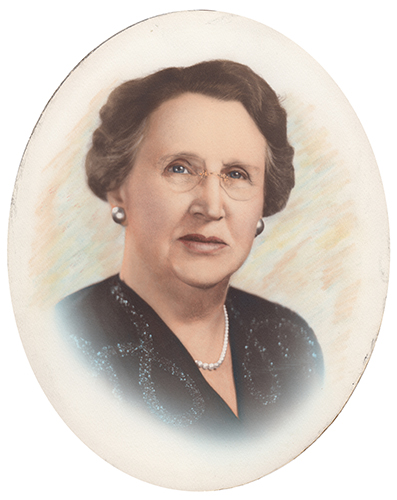 Grace was widely known for her attention to detail and the quality of dining experience she provided at reasonable cost. Grace Smith was the first woman to be elected president of the National Restaurant Association in 1940. At the time of her death in 1955, the Smith family empire included six restaurants; Smith’s Cafeteria, Smith’s Pastry Shop, Smith’s Coffee Shop, Smith’s 711 Madison, Spitzer Fountain Room and the Tick Tock Restaurant. (Source info, The Toledo Blade)

Click the links below to view photos of some of the Grace Smith and family restaurants.